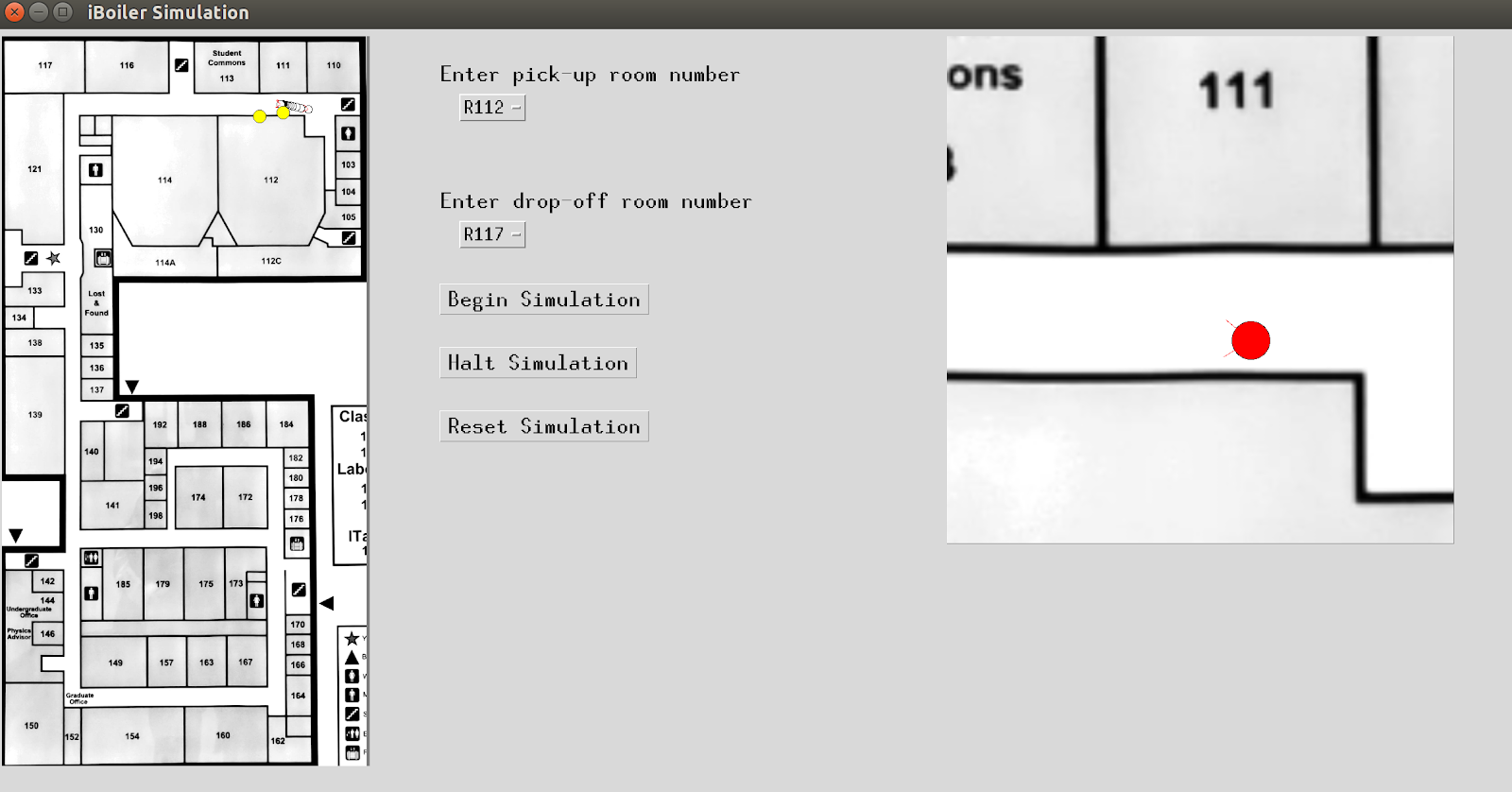 As discussed in earlier updates, our project is a simulation based project. In order to present the simulation, we have created a simple GUI. The GUI has the following features:

Demo of the simulation

Once we hit ‘Begin Simulation’, the iBoiler will do the following tasks: 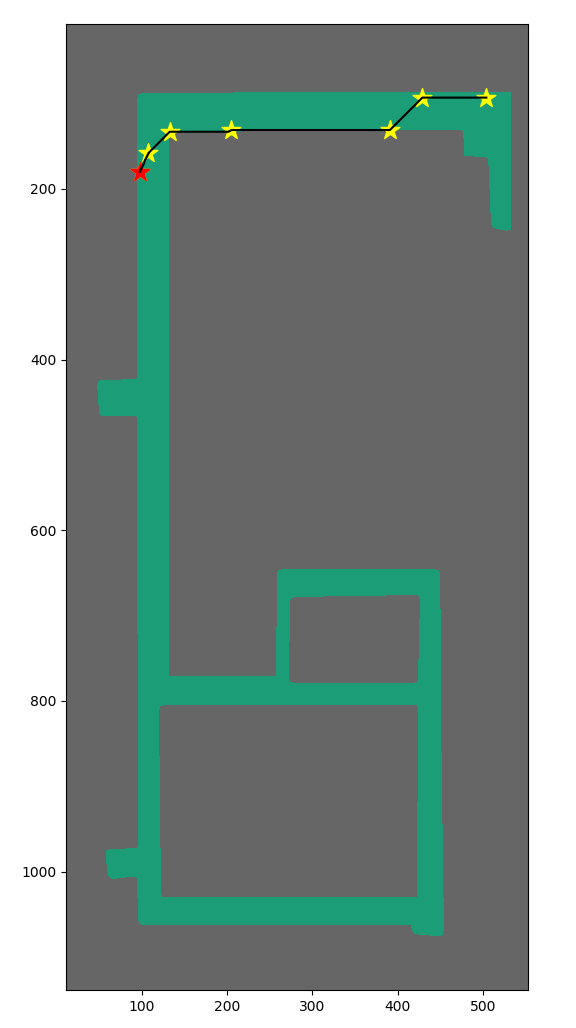 In the above screen grab, we can observe how the bot planned the path from current location to room 121. We can also see how the bot splits the path into waypoints (show by yellow stars). 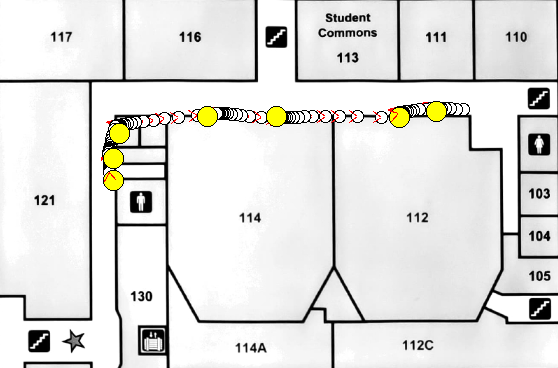 In the above screen capture, we can see how the bot has navigated from it’s initial position (extreme right) to i) room 112 and then ii) room 121. The way points are shown in yellow circles.

During the simulation, we have access to the following live updating graphs. From the top two graphs we can analyse the velocities of the left and the right wheels. We can observe how to bot accelerates between waypoints and stops after it reaches a waypoint and accelerates again.

From the 3rd graph we can see how the estimation errors vary. The bot calibrates its location every time it reaches a waypoint. The error is calculated as the euclidean distance between the bot’s true location and the estimated location.

These details serve as validation parameters for us and we declare the algorithms and the bot’s simulation as a successful run.

Since the simulation only is able to plot integer coordinates, at any given point we are only able to see the bot on the integer coordinate. But in reality, each calculation from the bot’s drive system outputs a decimal value and it has to be floored to the nearest integer. The bot also has to stop at each waypoint before leaving for the next waypoint. This is an inefficient system and has to be resolved if it is being implemented in physical form.

With that we come to the end of the final blog update. We had a ton of fun while developing this system. We learnt a lot about the challenges of building an autonomous system using indoor navigation methods. The one thing which challenged us the most was to differentiate between the information that the bot is ‘allowed’ to know and the information that we as ‘validation sources’ know. In the real world this is simple as the bot is a separate physical entity. Because this was a simulation, it was a mighty challenge.

Nevertheless, we managed to achieve almost all of the initially set objectives. We are also attaching the video of our final presentation as it has a comprehensive summary of our entire work flow and the final demo. Hope you enjoy!